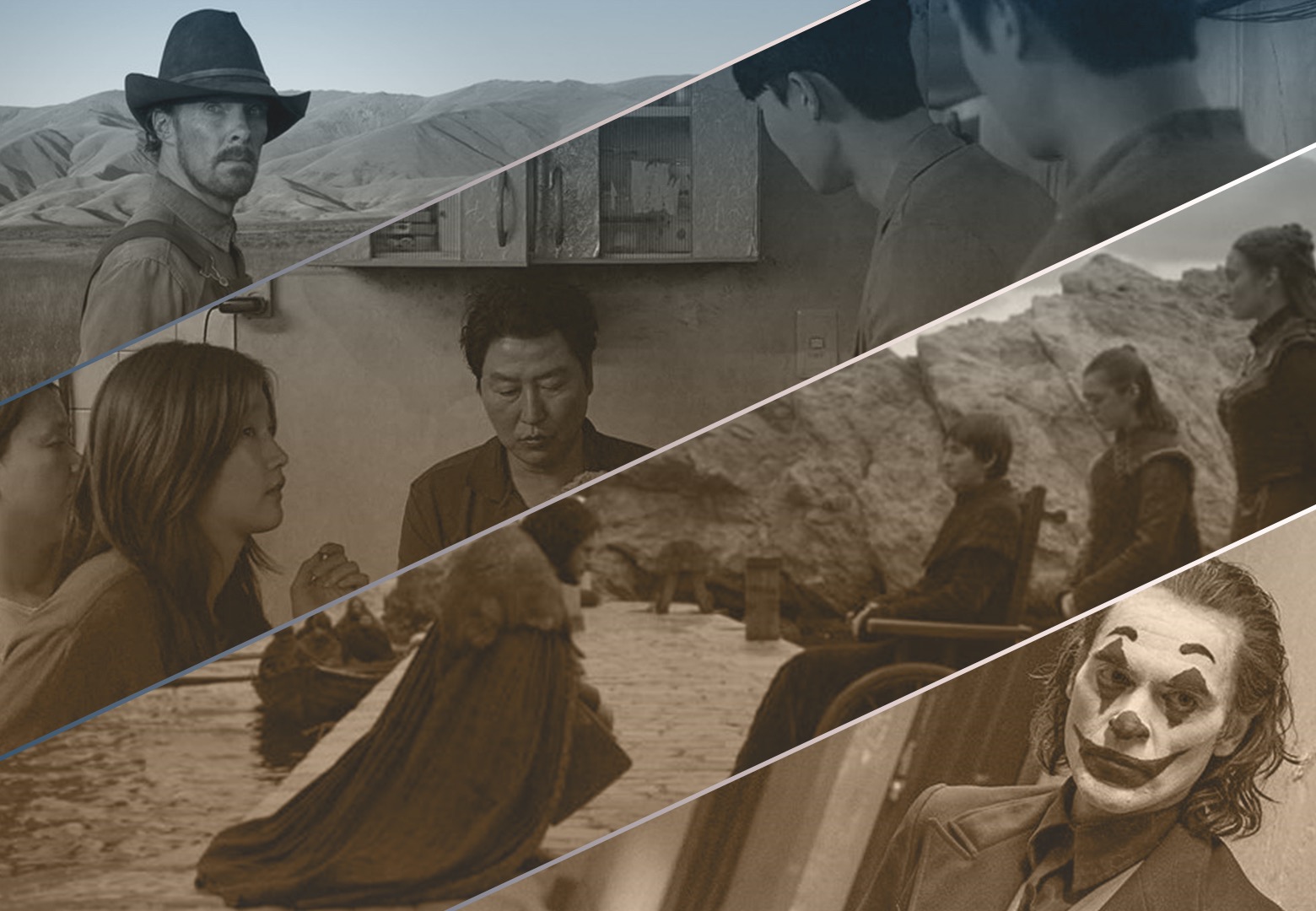 used in successful works, such as The Power of the Dog, Roma, Joker, Parasite, Game of Thrones and Big Little Lies

Based on the Semiotics of Narrative and Passions, initiated in France, in which the action is governed by the passionalities of the characters

What will you learn

Techniques from narrative theory and from the Semiotics of Passions, developed especially for writing books, films and series. A new theory, well explanatory, extensively studied for decades, to develop the arc of the structure and the existential journey of the characters.

How to develop a story from an idea. How to program, from start to finish, the character's journey with an arc that goes from “an illusion to a truth”, present in all good works of fiction.

How to develop history from conflicts between subjects, objects and senders, through action and affective contracts that always hide truths to be revealed.

How to develop the character from his soul, which is his “suffering”, in the way he was generated, by a “damage” or a “passion”, such as melancholy, fear, among others.

How to find a good story in the character's internal path and in the narrative structure in the form of surprises for the spectator.

How to use the right technique to make the arc of the three acts and make this arc make sense of the characters, the theme and the structure, exemplified in different movies and series.

How to use techniques to generate “surprises” in the spectator from the “implication x concession” so that the spectator is surprised at the end of the character and action arcs.

As the series arcs are formed by at least three models, all strategic, to generate surprises that impact the spectator to reveal the hidden and sensitive journey of the character.

How passions affect the character, such as anger, guilt, melancholy, hatred and revenge, and how this reflects on their actions.

How to generate true plot points from the "tensive events", which generate stops in the narrative and in the character's course, through Tensive Semiotics techniques.

How to assemble the synopsis, argument and script structure from the techniques of contractual narrative theory, the result of research that has been developed for more than four decades at the best universities in the world.

The student will study all these techniques through “seven theoretical schemes”, in the original scripts of the works, which are taught in detail, on video and in well-explanatory books: Narrative Program, Sender, Tensive or Extraordinary Event, Surprise, Damage and Fracture, Scheme of Passions and Existential Simulacrum.

Masterclass in video classes and book

This class shows the basic principles of the theory, highlighting the Narrative Program, and details how the structure of the script operates in three acts, now composed by Contract, Manipulation and Realization, the Contract being the starting point for the journey that will determine the arc of the characters.

The objective of this class is to deepen the learning of the Event and Surprise schemes, in which the “fracture” is the result of these two schemes, and is the cause of suffering in the character. Damage is what the character feels he suffered during an Extraordinary Event. 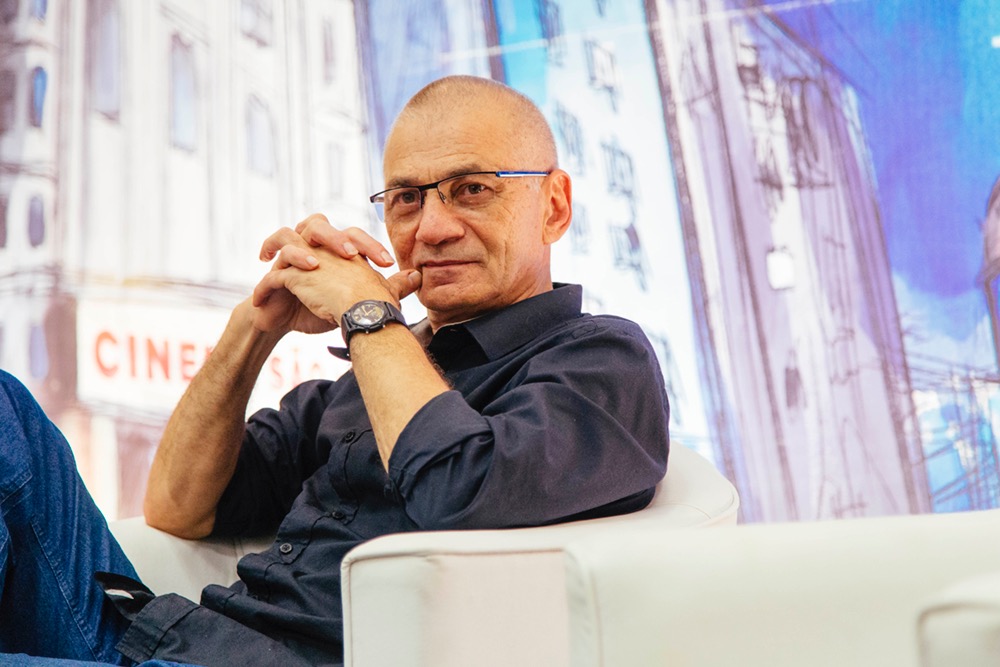 PhD in Fiction Narrative, Hermes Leal is a writer, with seven published books, explorer and documentary filmmaker. He is a journalist, Master in Cinema, specializing in Screenplay by ECA / USP, and Doctor of Letters, specializing in Linguistics and Semiotics of Passions, by FFLCH / USP.

The author specialized in narrative theory after three decades of research in fiction, and had his studies published by the publisher Perspectiva, in 2017, in the famous Collection Estudos, under the title As Paixões na Narrativa – A Construção do Roteiro de Cinema (The Passions in Narrative – The Construction of the Film Script), in the same collection in which the greatest thinkers in the world, such as Gilles Deleuze and Michel Foucault, were launched in Brazil. The importance of the research was due to its application in the creation of characters based on their passions and emotions, in a new science of knowledge, the Semiotics of Passions, recently discovered in France. In the unpublished work O Sentido das Paixões (The Sense of Passions), the author offers writers a theoretical framework for the action and emotion of the characters, demonstrating their perfect application in scripts and characters in films such as “Roma”, “Joker” and “Parasite” and in series such as "Game of Thrones".

He is the author of the novel “Before the Dreams End” (Geração Editorial, 2016), about a young man fleeing the Amazon in dark times of the Cold War, which will be filmed with the direction of the award-winning filmmaker Lírio Ferreira and distribution of O2 Play. He is a screenwriter and director of television series such as "Contemporary Thought" (channel Curta!) And "Filmmakers" (channels Curta! and A&E ), and documentary features, and creator and screenwriter of the "Amazon Fashion" series (Fashion TV and Amazon Prime Video).

How did it come to this new theory?

The narrative theory that takes into account the emotions of the characters was only possible with the discovery of the Semiotics of Passions, in the early 1990s, in France, by AJ Greimas, a science to study the “meaning” of the passions and how they affect the subjects and the way they act.

Its effectiveness has already been tested only in visual language by Jean-Marie Floch, who transformed, with this semiotic, the way the brands Channel, Microsoft and Apple dominate and retain their consumers. His books serve as a basis for Marketing colleges worldwide.

The author Hermes Leal, PhD in Semiotics of Passions, having researched this science for 30 years, while writing novels and audiovisual scripts, saw a field to develop in the narrative from this study. Given what the Frenchman Floch had accomplished for Marketing, Leal set out to develop a theory for the audiovisual language. 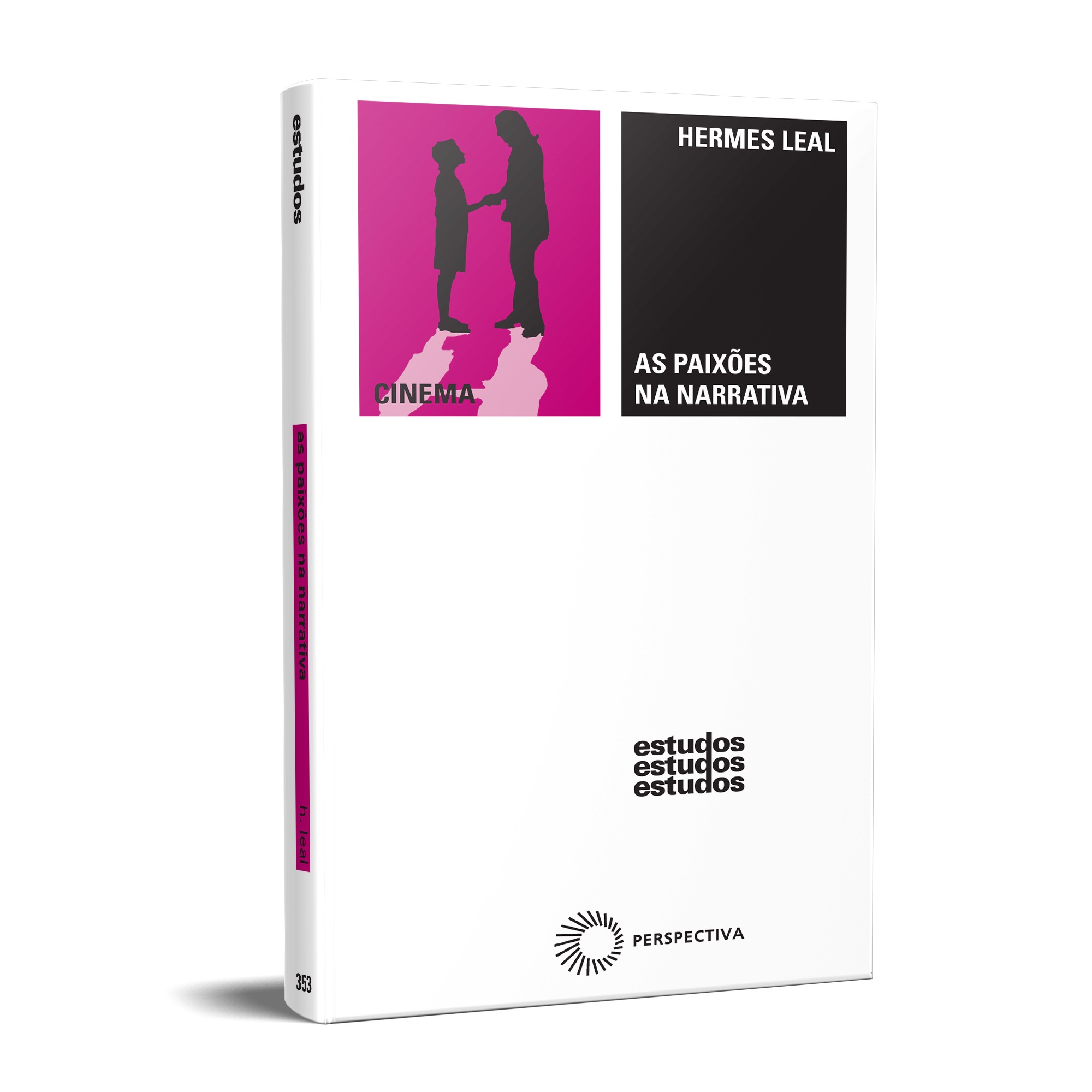 "Hermes Leal has found a real treasure for us storytellers. Mainly for screenwriters, creators of audiovisual stories. He unveiled a sensational formula to work the writing process, but it needs a lot of dedication to study it." 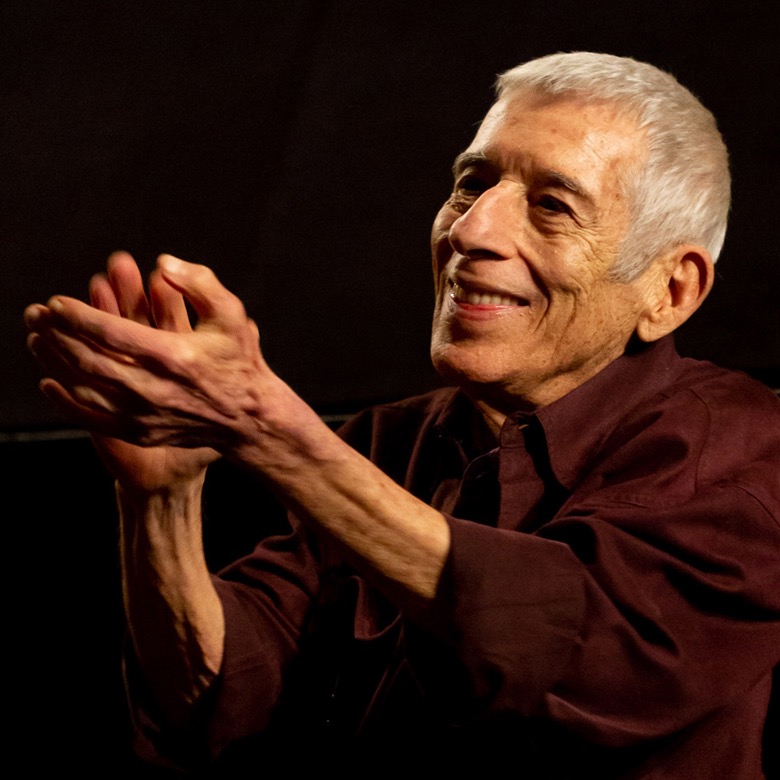 "Excellent Masterclass, the only one that represents something innovative and contemporary, in script analysis and writing, with a true PhD in Semiotics, Hermes Leal. It is not a script course, it is a life course. Knowing the whole process of the existential simulacrum is something that you can not only apply in the script, but in your life. This is a theory that revolutionizes world cinema. And Hermes making this semiotic theory accessible to everyone is a great merit. It took 30 years of his dedication so that today, with 3 months, people can understand this theory." 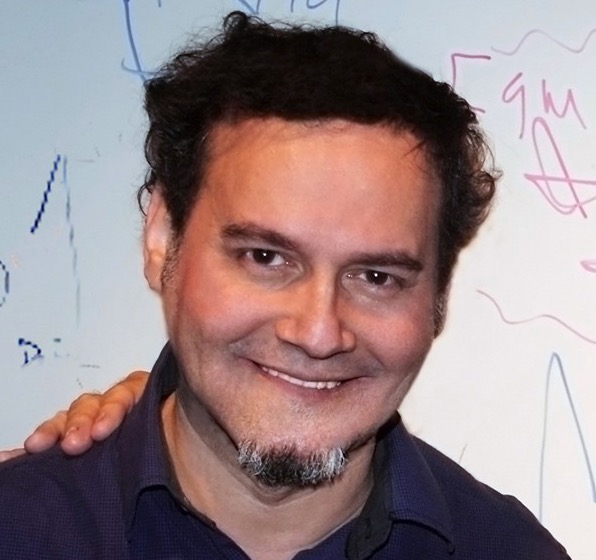 "Hermes Leal's classes are an opportunity to assist a serious researcher transmitting with depth and clarity teachings that greatly help those who write and are interested in audiovisual narratives. I enthusiastically recommend it." 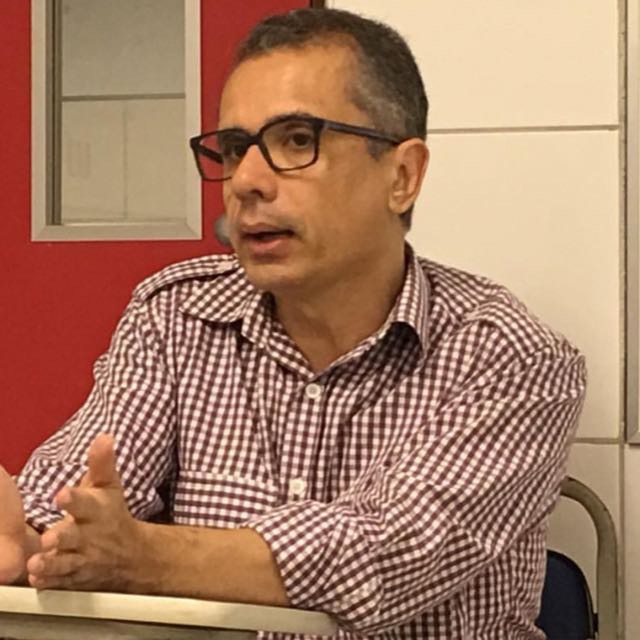 "The relationship between the narrative arc and the passionality of the characters has always impressed me a lot, being able to dive into this knowledge is invaluable! A watershed in my trajectory! Gratitude to Prof. Dr. Hermes Leal." 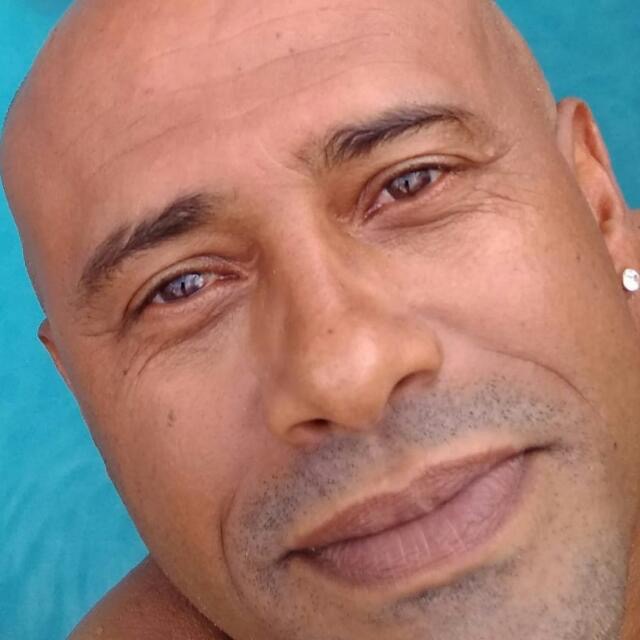 "It is the first time that I take a course focused on the script area. I always wrote by intuition, I love writing stories, I'm also an actress and that's why I fell in love at first sight with the course. There is no story without a character, he is the soul of the narrative. And if the character has no soul, no depth, the audience will not identify! Hermes is bringing something new and very necessary. The "cake" formula is always the same, but what will make the difference, delighting the audience, is the character. I will take semiotics with me not only as a screenwriter, but also as an actress in the construction of a character." 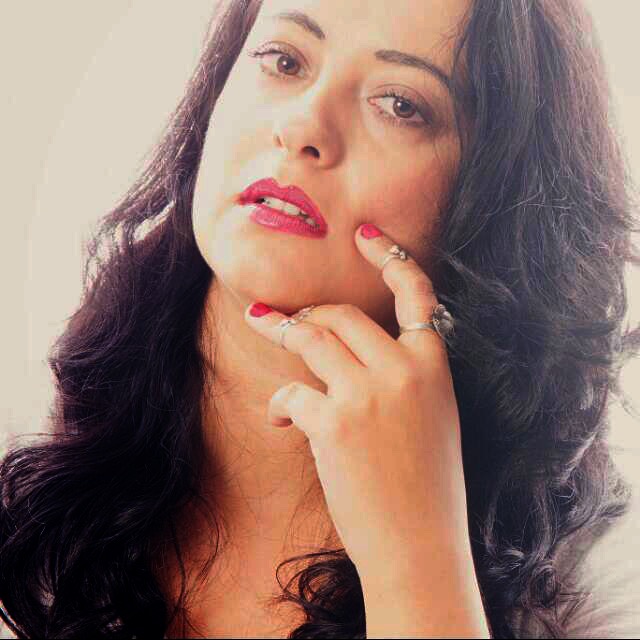 "As a storyteller, I am always looking for new narrative resources to create characters and plots. Hermes Leal's theory met my search and went further – it made me realize that not only is it possible to develop the superficial world with competence, but also to understand and build it in a profound way. The best part is that it is a theory that makes you think and analyze your story step by step. The teaching methodology, divided by modules and practical examples about films and series, complemented by reading the book, helps to internalize the content efficiently." 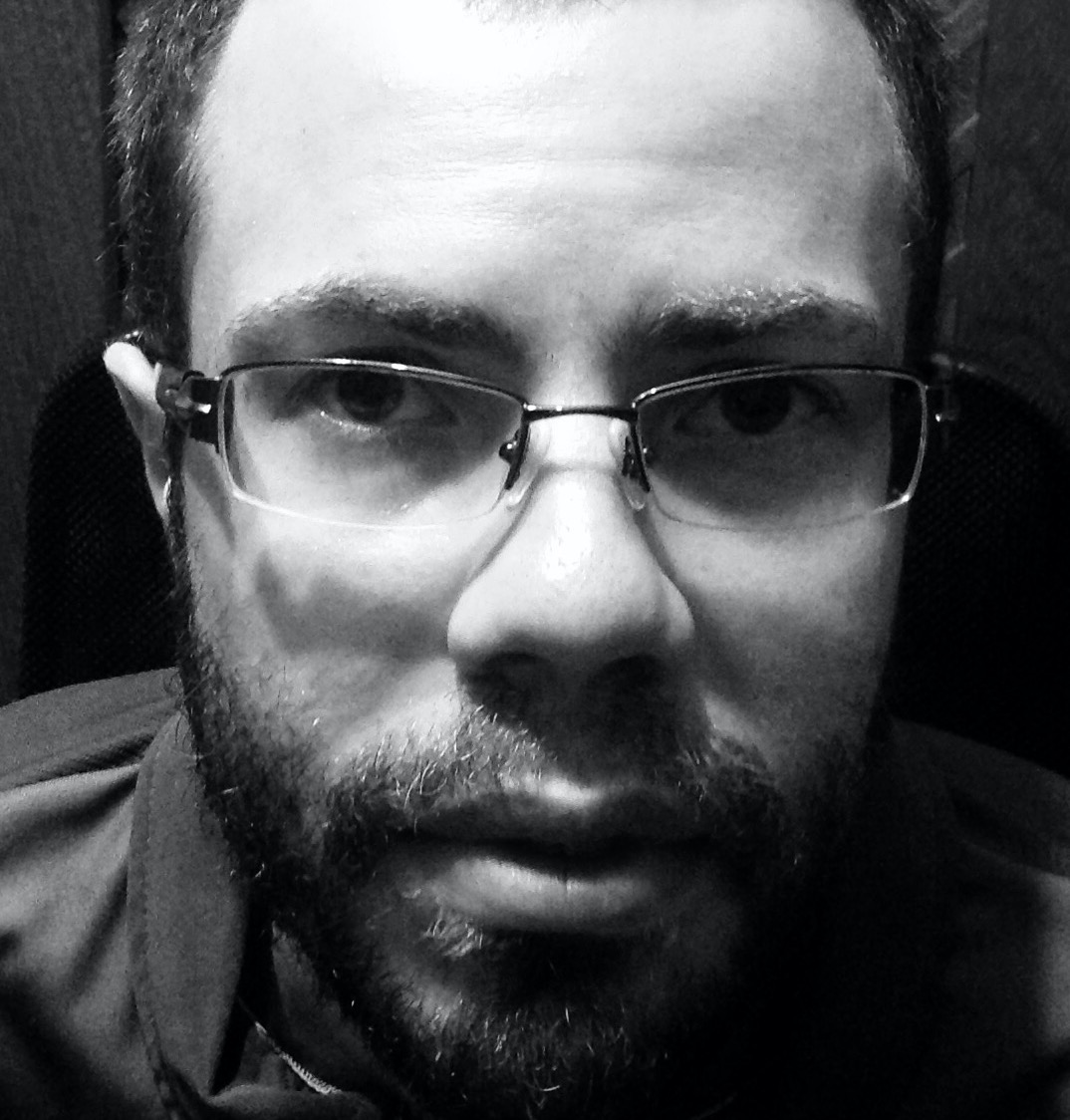 "I was very happy to do a workshop with Hermes Leal. He brings a lot of theoretical background to support his research and helps us understand the deeper layers of character construction. The Theory of Passions applied to cinematographic narrative seemed to me a very useful tool efficient for the development of the script, sensitizing our stories so that the audience is sensitized. I recommend it to all screenwriters who want to develop the human bias and the imperfection of their characters." "I leave my thanks and recognition to Professor Hermes and his work. It should be in all universities. He manages to make concepts accessible, applicable. I am making a film analysis book, studying the representation of animals in cinema, and the book has turned around. Now, I am reviewing everything in the light of his theory. I am also already addressing the Semiotics of Passions in classes and study groups. It was very rewarding and even exciting to even know this work." 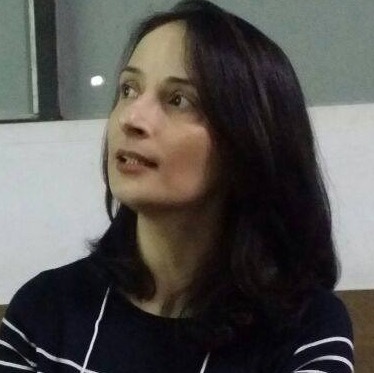 "When I sought information on how to write a good script, I always came across the phrase: "We must humanize the characters." This theory that Hermes teaches us is exactly the solution for anyone who is looking to know how to do this.The content and feedbacks given in class are extremely valuable and I can say that it is clear how my way of thinking about a story and developing characters has evolved and made my projects much more interesting. I recommend!" 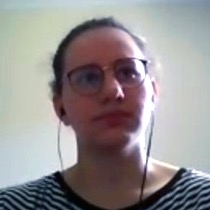 "My thanks to Hermes Leal for providing all of us, his students, moments of extreme lucidity regarding the construction of scripts. Studying with Hermes Leal is much more than learning a technique or a new way of writing a script. It is learning to learn the characters' states of mind, deepen them and communicate them through the script. Gratitude Hermes!!!" You can study on your computer, tablet or mobile phone

Sign up and get immediate access to the video classes and the book "The Passions in the Characters", available in English, Spanish, French and Portuguese versions.

The video classes have subtitles in 4 languages: English, Spanish, French and Korean.

Payment via PayPal
in up to 6 installments